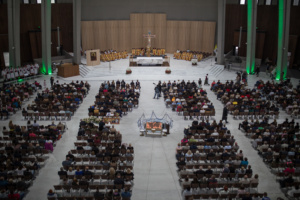 The turbulent history of our Homeland has resulted in about 20 million people from Poland (new Emigration) or those with Polish roots living around the world.

The latter are descendants of the Great Emigration, which after the November Uprising became one of the largest migration movements in modern Europe. Most of these 20 million Poles promote Polish traditions and, regardless of their life achievements and jobs, they are proud of their country of origin and maintain contact with it.

The Polish Community Conventions have a long tradition. The first one took place in 1929, and representatives of Polish communities from almost all countries of the world (except the USSR and Lithuania) deliberated in the Polish Parliament, attended Holy Mass in the Arch-Cathedral in Warsaw and marched in a solemn procession through the streets of the capital. The second convention took place in 1934, and the next one was scheduled to take place five years later. Subsequent conventions were inaugurated in liberated Poland.

Considering the extraordinary importance of the year 2018, when the 100th anniversary of Poland’s independence was celebrated, the Polish community organizations, headed by the Council of the World Polish Community, decided to convene the Fifth WORLD POLISH COMMUNITY CONVENTION for September in Warsaw so that its deliberations and decisions made during the Convention were the part of the cycle of celebrating the 100th anniversary of Polish independence. The four-day session ended with a Eucharistic liturgy at the Temple of the Divine Providence.

The Council of the World Polish Community addressed the Metropolitan of Warsaw with a letter.  A section of that letter follows here:

At the end of the Convention, we would like to ask the Cardinal very officially – by the extraordinary resolution of the Council of the World Polish Community – to dedicate one of the side chapels of the church to the Polish community, and thus ask the Polish community around the world to get involved in the common work, which will be known as the Polish Chapel. 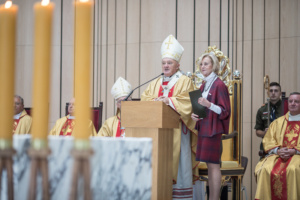 At 12.00 p.m., in the Temple of Divine Providence, a solemn Eucharist began, celebrated by 32 priests who take care of Polish communities and serve scouting movements outside Poland. The Mass was presided over by Cardinal Kazimierz Nycz, and among the concelebrants there was Bishop Wiesław Lechowicz, the Delegate for the Polish Emigration Pastoral Service and the Chairman of the Commission for the Polish Community and Poles Abroad. The intentions of the Polish community around the world were prayed for, as well as for the canonization of Blessed Father Stefan Wincenty Frelichowski, the patron of the scouting movement, martyred in the Dachau concentration camp.

In addition to the participants of the 5th Convention of World Polish Community in the Temple of Divine Providence was the representatives of the Parliament of the Republic of Poland with Marshal Stanisław Karczewski and Deputy Marshal Maria Koc, as well as the government representatives with Minister Mariusz Błaszczak and the Polish Community Association, co-organizer of the Convention. 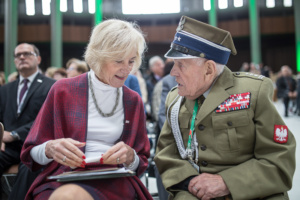 Also present was 105-year-old Colonel Kazimierz Klimczak, a veteran of the fight for independence. 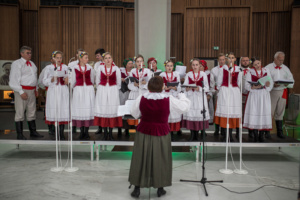 The musical setting of the ceremony was provided by the Song and Dance Ensemble “Ojcowizna” from the Vilnius region, led by Mrs. Wioletta Leonowicz.

During the processional entrance of the concelebrants, Gaude Mater Polonia, a medieval hymn in honor of St. Stanislaus of Szczepanów, Bishop, was sung, written for his canonization, which took place in 1254.

In his homily the Cardinal recalled the history of the Temple of Divine Providence and emphasized its role for Poland and Poles. The Cardinal reminded the assembly of St. John Paul II and his role as the Primate of the Millennium, and called for entrusting the matters of the Homeland and all Poles to Divine Providence.

After the homily, the faithful together with the concelebrants said a prayer for the Thanksgiving and Entrustment Act. 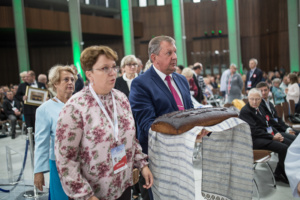 In the procession with the gifts brought to the altar by the representatives of the Union of Poles in Lithuania were the Polish bread of Wieleń, baked especially for this day, 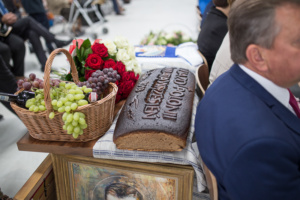 The Polish community of France and Bulgaria donated a basket of grapes. 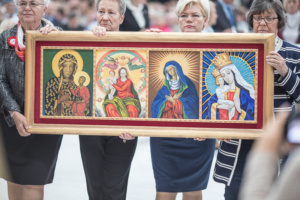 The Council of the World Polish Community carried a polyptych dedicated to the Temple, depicting images of Our Lady of Lviv, Vilnius, American Częstochowa and London by Vilnius painter Dr Robert Bluj. 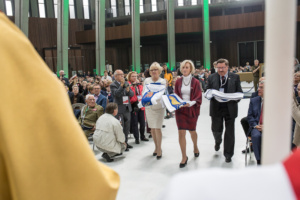 The Praesidium of the Council of the World Polish Community offered vestments with Marians images of Our Lady of Częstochowa, Ostra Brama and Kozielsk in the USA. 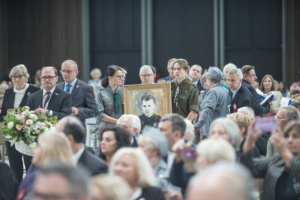 Delegations of the ZHP (Polish Scouting and Guiding Association) from around the world and ZHP organizations in Lithuania, Ukraine carried a painting depicting the patron of scouts, blessed Father Frelichowski.  Andrzej Filipowicz, a painter from Grodno, is the artist who created the painting. 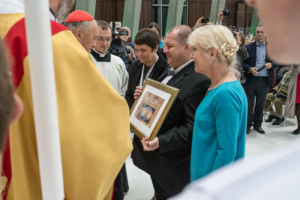 The Polish Post Delegation donated a stamp, which is a joint edition of the Polish and Lithuanian Post Offices for the 300th anniversary of the coronation of Our Lady of Trakai (1718). 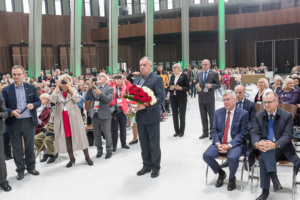 Representatives of the Polish Convention in Russia carried a bouquet of red and white flowers. 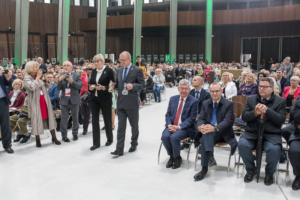 Representatives of the Canadian and Australian Polish communities carried cruets with wine and water used for the Mass. 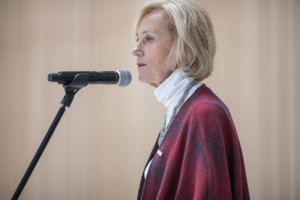 After the Eucharist, Ms. Teresa Berezowski, President of the Council of the World Polish Community, read out the resolution of the Fifth Convention, asking for the creation of a Polish Chapel. The Cardinal agreed with the request and handed over the document prepared for this occasion.

After the blessing and common singing of Boże coś Polskę, the delegations went down to the Pantheon of Great Poles, where a plaque dedicated to the Fathers of Polish Independence, funded by the Polish community, was unveiled and blessed. They also laid flower wreaths at the graves of President Ryszard Kaczorowski, Zygmunt Szadkowski, Rev. Zdzisław Peszkowski and Longin Komołowski.

At the end of the Convention, the participants took a commemorative photo on the steps of the Temple of Divine Providence. 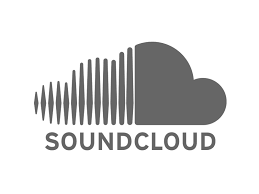 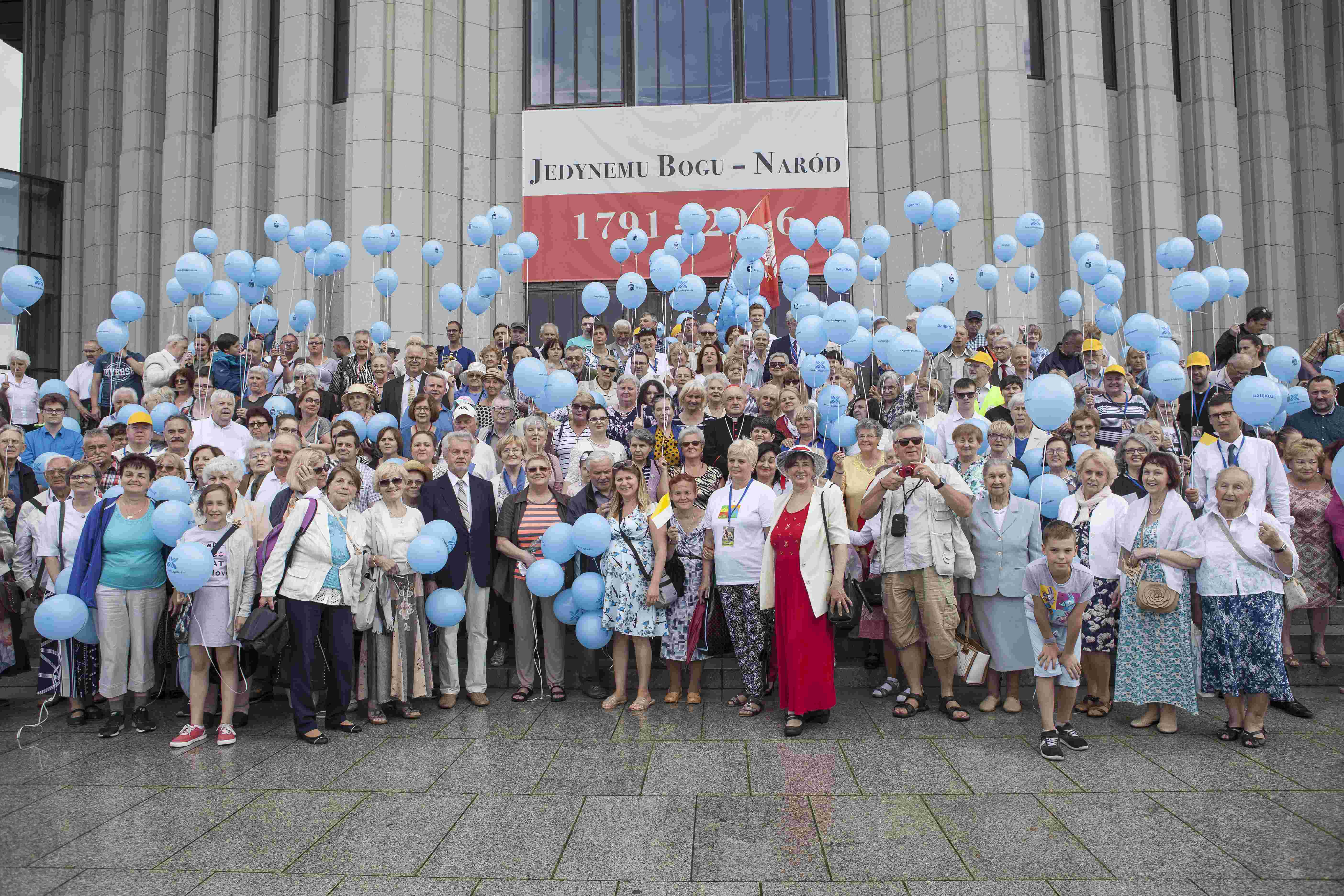 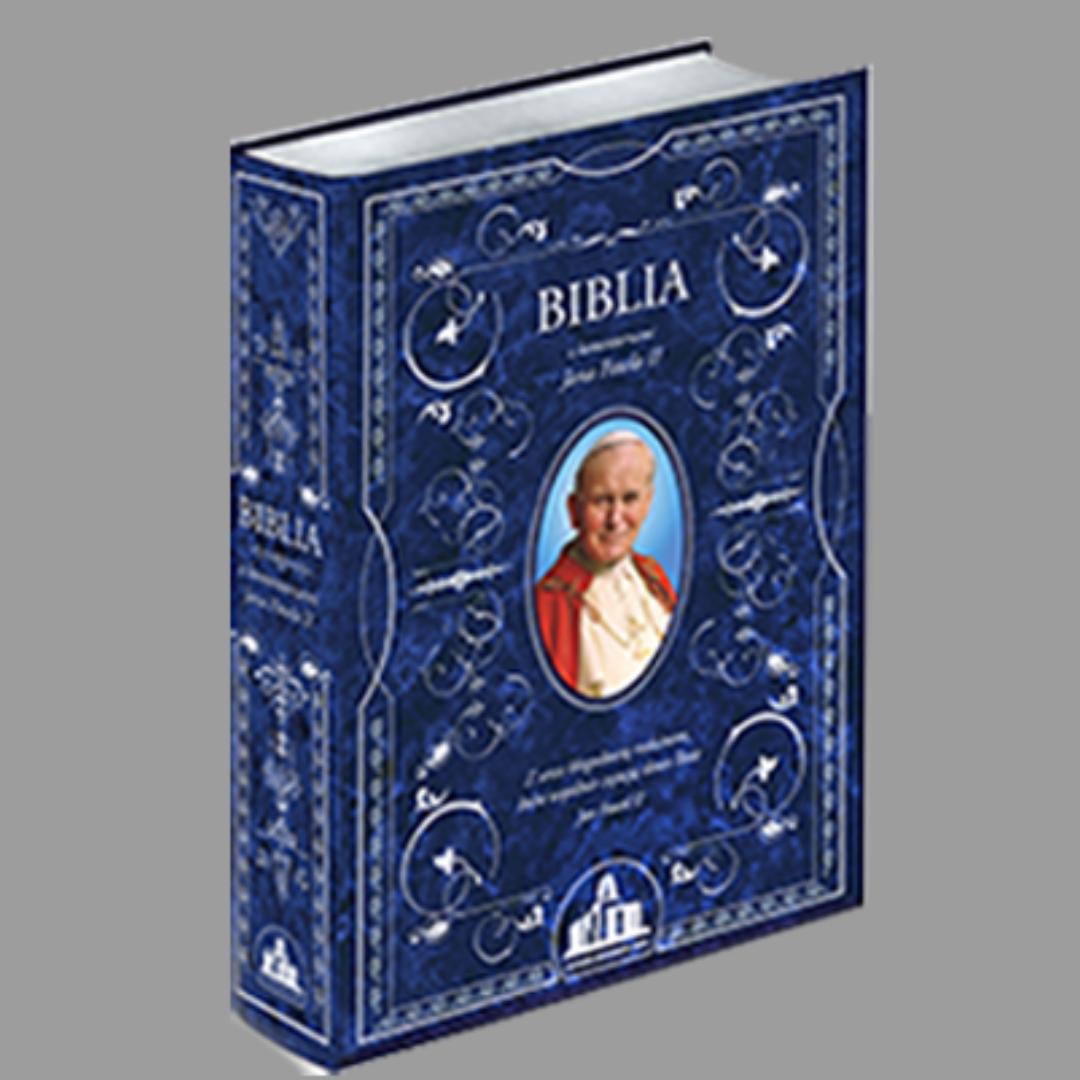 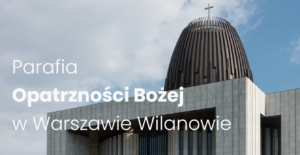 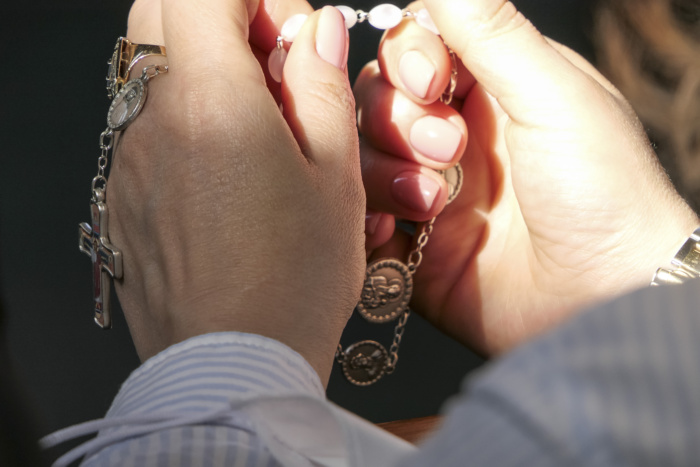 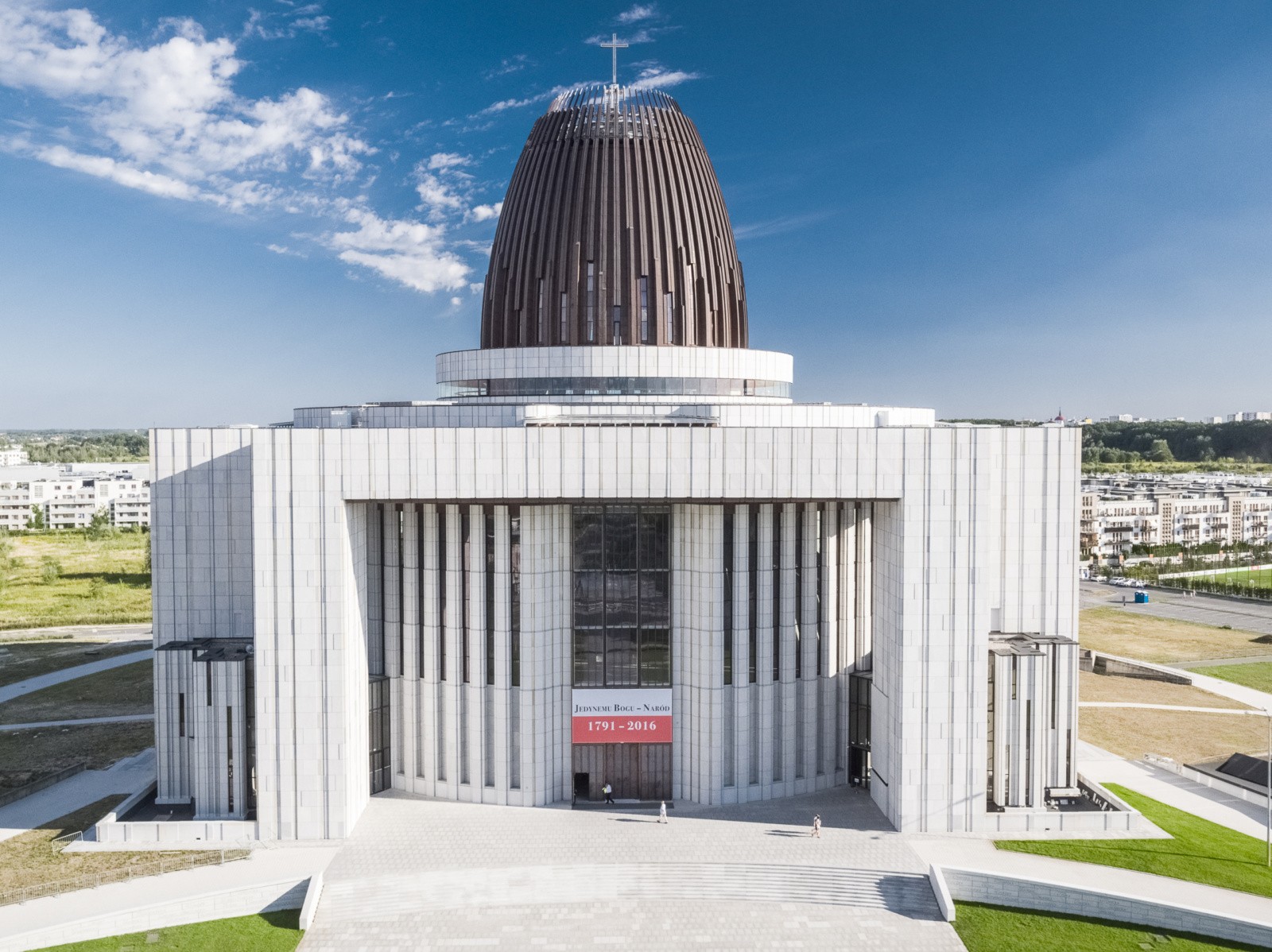